Posted 29 days ago in Member News 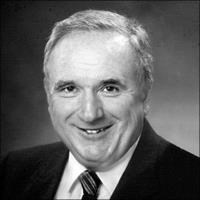 Former BSCES president and honorary member Domenic E. D'Eramo passed away on March 18 after a long illness. He is survived by his loving wife Janet, his children Maria, Nancy and Joe, their spouses, and children.

Born on March 15, 1935 in the Abruzzo region of Italy, Dom immigrated to the United States in 1947, graduated from Classical High School in Providence, RI, and earned an engineering degree from Brown University.

After working for Consolidated Edison on Staten Island, NY, and serving in the U.S. Army Corps of Engineers, Dom worked for Sverdrup Corporation from 1962 to 1999, where he progressed from project manager to regional executive.  During this time, he was involved in major construction projects, such as the Red Line Extension from Harvard Square to Alewife Station, the Central Artery/Tunnel project, and the Old Colony Railroad Restoration project.  Dom had a strong interest in the wellbeing of the engineering community and served as BSCES president in 1988.  As BSCES president, he was instrumental in the formation of The Engineering Center (TEC), serving as president and providing a vision for its role in our community.  After retiring from what was then Jacobs Engineering (having acquired Sverdup), Dom worked for Rizzo Associates.

Dom had many friends and admirers, some of whom were happy to provide their recollections.  We did not have the opportunity to work with Dom, so we decided to allow their words to describe the respect and affection they held for their good friend.

David Bohn, a former BSCES president, noted that he knew Dom when he himself was a young engineer and that he frequently partnered with him over the years on planning and design projects.  Dave notes that “I found him to be a positive force and a thoughtful and helpful leader.”  Another former BSCES president, Professor Lew Edgers, who was a member of the BSCES board during Dom’s tenure as president, described him as a great colleague and noted Dom’s style of “gentle leadership” in guiding our Society.

“Dom was a solid civil engineering leader that really knew our business inside and out. What I appreciated most about Dom was his gentle but firm manner as he provided thoughtful, targeted direction to me on how to keep these complex projects on track. An important mentor in my career, he taught me that you can be a strong leader while being a kind person. He motivated with clear guidance and positive reinforcement, not with fear and intimidation. He was a role model that had a significant impact on the management style that I employed in my career. Our industry will miss his presence, but his impact lives on.”

The following is from a note passed to us by Bill Rizzo, co-founder of what was Rizzo Associates, BSCES honorary member and former TEC president:

“Dom D’Eramo was a valued partner and cherished colleague of mine at Rizzo Associates (now Tetra Tech), contributing inestimably to the value and culture of the company.  He was respected, admired and loved by everyone, but he was so much more to me.

I travelled a long road with Dom well before and long after his stint at Rizzo. Those travels had a profound influence on me, measured well beyond his value to my company. Though he was only a few years older than I, he was my model and a mentor, I am proud to say. Himself a leader in the MA engineering community, he was the first to urge me to follow.  His legacy of collegiality in our noble profession lives on in The Engineering Center today. To the extent I have contributed to that legacy, I owe it mostly to him.

He was a moral compass to me and all those around him. He seemed to always instinctively know the right thing to do and was never reluctant to express it.

And lastly, perhaps most endearingly, he was my Italian paisano and consigliere, advising me on the fine art of growing tomatoes, informing me on the clear distinctions between his ancestral region, Abruzzo and mine, Campania, and captivating me with his tales as a child in Italy during World War II.

Yes, he was not just a cherished colleague, but more the older brother I didn’t have, forever wise and grounded and through it all, totally unflappable.

My world, and that of the Massachusetts engineering community is diminished without him.”

Clearly, while Dom’s professional accomplishments were many, he is best remembered by us for his lasting impact on colleagues and contributions to the Massachusetts engineering community.