North American Aggregates, LLC (NAA), a leading supplier of aggregates in the New York area, recently completed a new processing facility in Perth Amboy, New Jersey.  The final components of the facility were offloading platforms.  NAA looked to its parent company, Weeks Marine, Inc. (Weeks) to self-perform the construction of these platforms.

To mine material from the shipping channel, NAA uses their trailing suction hopper dredge, The Eleanor.  As the design vessel for the project, the specifics of The Eleanor were key to determining some of the complex load combinations that would be imposed on the structures.  At 340-feet-long, with a beam width of 78 feet, and a displacement of 11,080 long tons when loaded, The Eleanor imparts significant loads on the platforms when the vessel is berthing alongside to be unloaded.

The overarching concept of the design of the offshore platforms for the NAA site is to provide a berth for The Eleanor where the vessel can be safely moored and quickly and efficiently unloaded.  To accomplish this, the platforms need to be able to accommodate forces imposed during the mooring process (these are referred to as fendering loads in marine construction) and also to be capable of withstanding large point loads from mooring lines that are attached to bollards on the platforms when The Eleanor is in port.  This is in addition to the loads being applied by the large material handlers affixed to each crane platform.  Each material handler in turn feeds a hopper that channels the mined sands onto conveyors that carry the material into the plant to be processed into various aggregate blends.

Because of the high cost of construction associated with forming and pouring concrete when working on water, Weeks requested the project make extensive use of precast concrete to reduce costs and shorten construction time.  To achieve this, Weeks subcontracted with Precast Systems, Inc. for precast element supply.  They worked jointly casting pre-fabricated segments to 200-ton-plus frames on Weeks Marine’s barges that were installed on-site in lifts with the WEEKS 533, a 500-ton-capacity crane barge.  A great deal of reinforcement was needed to meet the anticipated flexural and shear demands because of the very high demand and asymmetrical nature of some of the loads.  The team worked closely together to determine the best configuration for all of the pieces.  These precast pieces were restricted in size and weight such that they could be shipped via trucks to the Perth Amboy site.  Because of the complexity of the detailing required, all the platform reinforcement was modeled in 3D to check for potential conflicts.  Figure 1 shows the precast frame assembled and placed onto the piles. 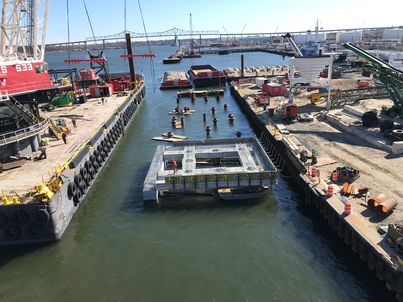 The platforms are supported on open-ended steel pipe piles.  All the piles were driven through soft sediments to underlying basalt bedrock.  To resist lateral forces, the design team made use of battered piles, which in turn necessitated the use of rock sockets for some of the piles to prevent a possible uplift condition.  The piles were outfitted with collars onto which the precast elements could be placed and temporarily supported during construction of the platforms.

E-Crane Worldwide was selected as the vendor to provide the new material handlers placed onto the crane platforms.  E-Crane provided design loads and reactions for the crane attachment points that were incorporated into the analysis.  Figure 2 shows the base of a crane being lifted into place. 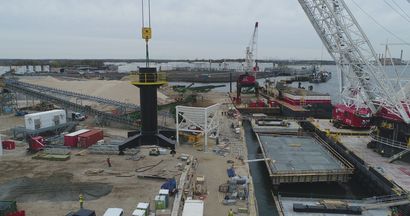 Figure 2. Crane base being lifted into place.

All of the structures were modeled by GEI Consultants, Inc. using finite element analysis software.  The modeling took into account the cold joints created by the individual precast pieces as well as the lifting and handling stresses created by the pieces being picked individually and collectively when the frames were lifted and placed.  Additionally, GEI modeled the mooring and berthing forces generated by The Eleanor.  Beyond typical flexural and shear demands, tight tolerances on allowable deflections were required to meet serviceability requirements for the attached equipment.  During construction, the GEI design team reviewed all shop drawings and submittals from fabricators to make sure that they met the project demands. GEI also helped troubleshoot issues as they arose in the field to maintain the overall construction schedule.

The general sequence of construction was to truck the precast pieces to the site, where the frames were assembled in a joint effort between Weeks and Precast Systems on Weeks Marine deck barges.  The assembled frames, each weighing between 180 and 200 tons were then placed onto the pile foundations with the WEEKS 533, and the precast deck planks were then installed.  Finally, the reinforcement for the upper part of the deck was set and the final closure pour of the upper portion of the deck tied the structure together, and the appurtenances were attached.

The project was completed on June 30, 2020 and the offshore material platforms were placed into operation shortly thereafter following completion of a training program for the NAA equipment operators.  Now complete and in operation, the plant is processing the mined sands into various aggregate blends for sale to the construction industry (Figure 3). 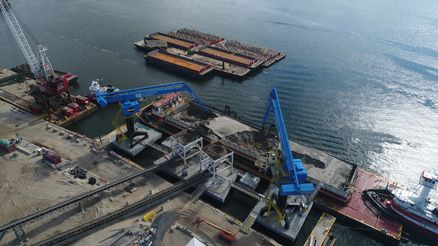 Figure 3. Platforms in operation with The Eleanor berthed alongside.