Posted 11-15-2021 12:48 PM in Featured Projects
Background
Load testing is a valuable tool used in the evaluation and repair of concrete structures and is typically used to demonstrate that existing or repaired structures can safely resist design loads. ACI 318-19 “Building Code Requirements for Structural Concrete and Commentary” and ACI 562-19 “Code Requirements for Assessment, Repair, and Rehabilitation of Existing Concrete Structures and Commentary” provide requirements for load testing of concrete structures. Load test requirements in ACI 318 are applicable to structures under construction or structures that do not have a certificate of occupancy.
ACI 562 refers to ACI 437.2-13 “Code Requirements for Load Testing of Existing Concrete Structures and Commentary” for load testing requirements.  Both ACI 562 (through ACI 437.2) and ACI 318 include procedures and acceptance criteria for monotonic load testing and cyclic load testing.  Past versions of ACI 318 permitted only monotonic load testing.  The latest ACI 318 includes cyclic load testing and refers to ACI 437.2 for load test procedures and acceptance criteria.  It is expected that the use of cyclic load testing will become more common since it is now part of ACI 318.
Introduction
The primary objectives of structural investigations are to establish the existing condition of the structure; identify issues affecting the structural performance; and develop and implement appropriate remedial actions. The assessment of existing structures frequently requires a structural analysis to investigate the ability of the structure and its components to resist the load demands in its existing condition. There are situations where the structural analysis is not conclusive and a high level of confidence in the prediction of performance cannot be achieved. In such situations, in-situ load testing can provide valuable information about the performance of existing structures and capture structural behavior not readily apparent from the structural analysis.
The primary goal of load testing is to demonstrate the safety of a structure. Load tests do not determine the ultimate strength. In general, load tests can be used to:
The goal of a load test is to replicate the load effects at critical sections of the structure. Therefore, the load test setup needs to be engineered to create load demands (flexural and shear) similar to those due to the design loads. In-situ load testing typically involves loading the structure with dead weights (water, sand, or steel plates) or by mechanical means (hydraulic jacks or actuators). The response (deflection, strains and distress) of the structure to the applied loads is monitored during testing.  Recorded measurements of deflection and extent and severity of cracking are analyzed to evaluate the performance of the structure.  Deflection and strain measurements can be obtained using electronic sensors connected to data-acquisition equipment.
Load Testing in ACI 562
Chapter 6–Assessment, Evaluation, and Analysis of ACI 562-19 permits the use of load testing “to supplement an analysis or to demonstrate the strength of the original repaired structure.” ACI 562 indicates that load testing can be performed in accordance with ACI 437.2-13, which provides minimum requirements for test load magnitudes, load test procedures, and acceptance criteria for load testing of existing concrete structures. The test load magnitude (TLM) is the total load to be used in conjunction with the acceptance criteria to determine whether or not a structure passes a load test.
The procedures included in ACI 437.2 are for proof load testing. Proof load testing is not intended to determine the ultimate strength of a structure but to demonstrate that the structure or component can resist design loads with an adequate factor of safety against failure, and that the structure can resist working design loads and serviceability requirements prescribed in ACI 562 or the design basis code. An additional benefit is that measurements obtained from a proof load test, such as deflections and strains, can be used to supplement or calibrate analytical models. These calibrated models can later be used to analyze the structure using different loading conditions and estimate the ultimate strength.
Load Test Protocols in ACI 437.2
ACI 437.2 prescribes two methodologies for load testing of concrete structures: monotonic load testing and cyclic load testing. It should be noted that ACI 318 permitted only monotonic load testing until the latest version (ACI 318-19) which now includes cyclic load testing.  The selection of one protocol over the other depends on different factors such as load test objectives, site conditions, time constraints, costs, familiarity with one protocol over the other, or specific requirements from building officials. 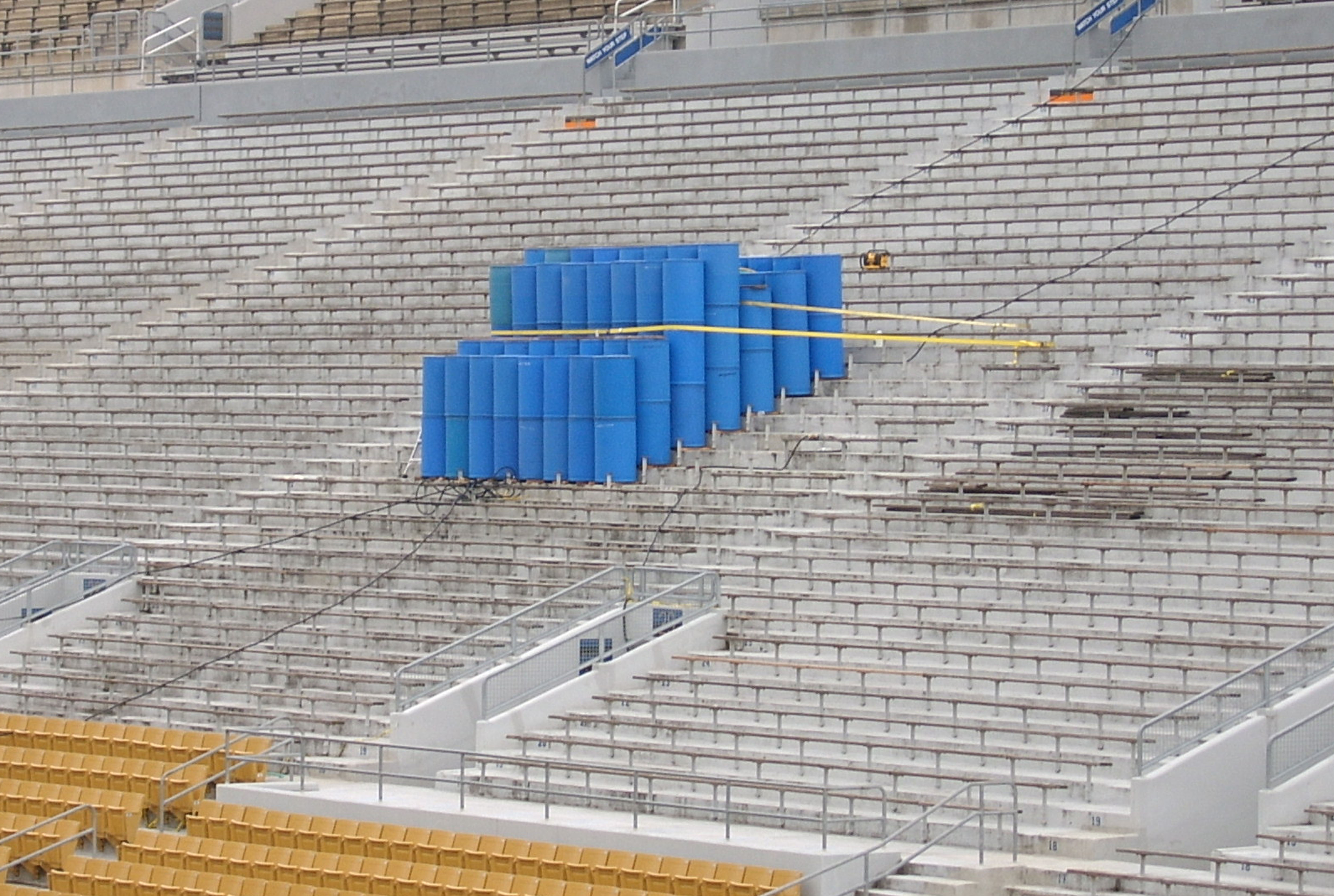 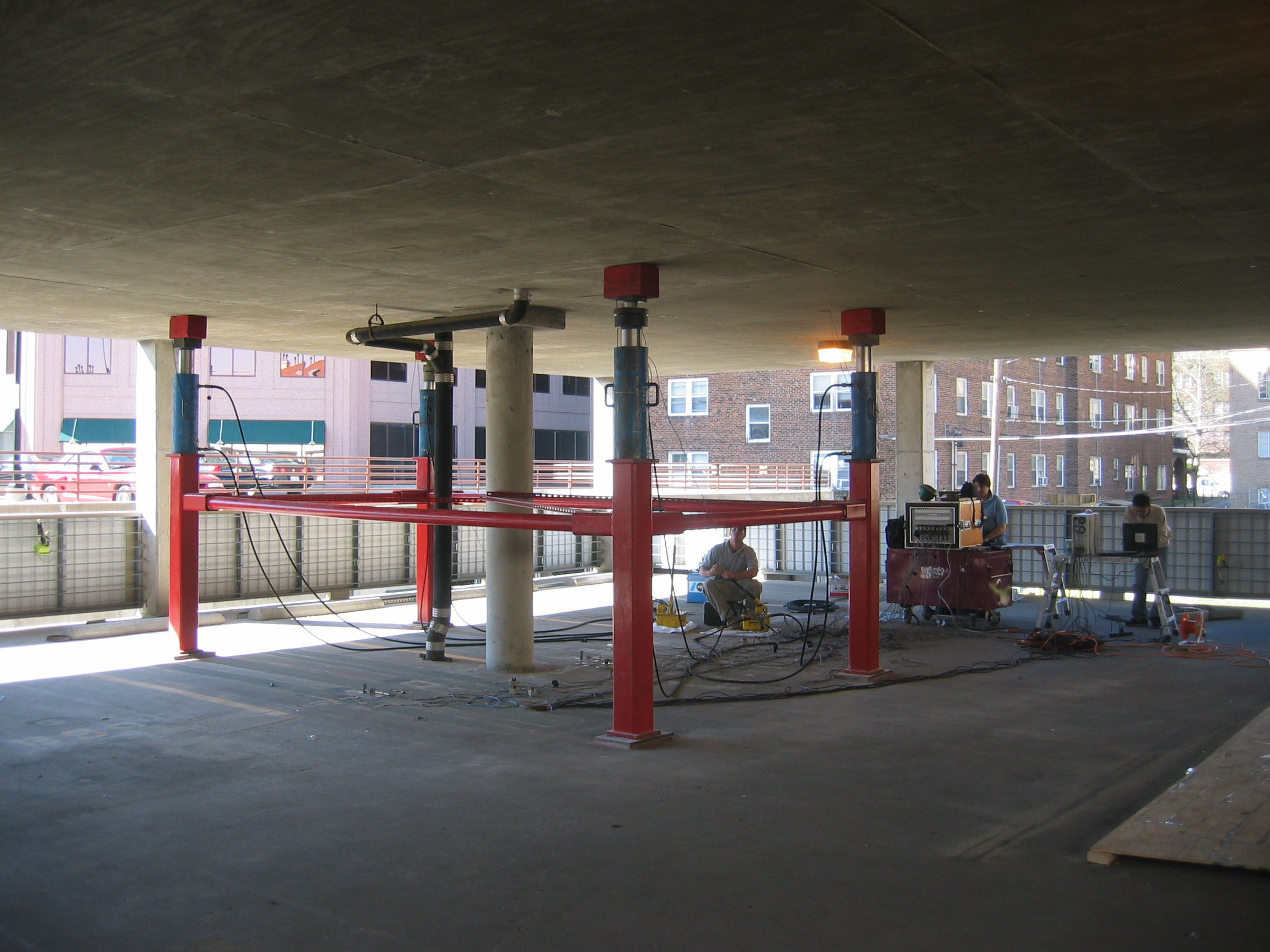