This article is a special edition of Historic New England Infrastructure, featuring two bridges recently seen during a family road trip to Pennsylvania. As a husband and father of five, I’ve learned that life is full of compromises. I’ve also learned you can drag your wife and children to as many historic bridges you want if you compromise by doing something along the way they want to do, especially if it involves ice cream or chocolate. For me, the bridges that I wanted to see included the Frankford Avenue Bridge in Philadelphia, the oldest roadway bridge in the United States, and Roebling’s Delaware Aqueduct, the oldest existing suspension bridge in the United States. In this instance, our compromise was a trip to Hershey Park! 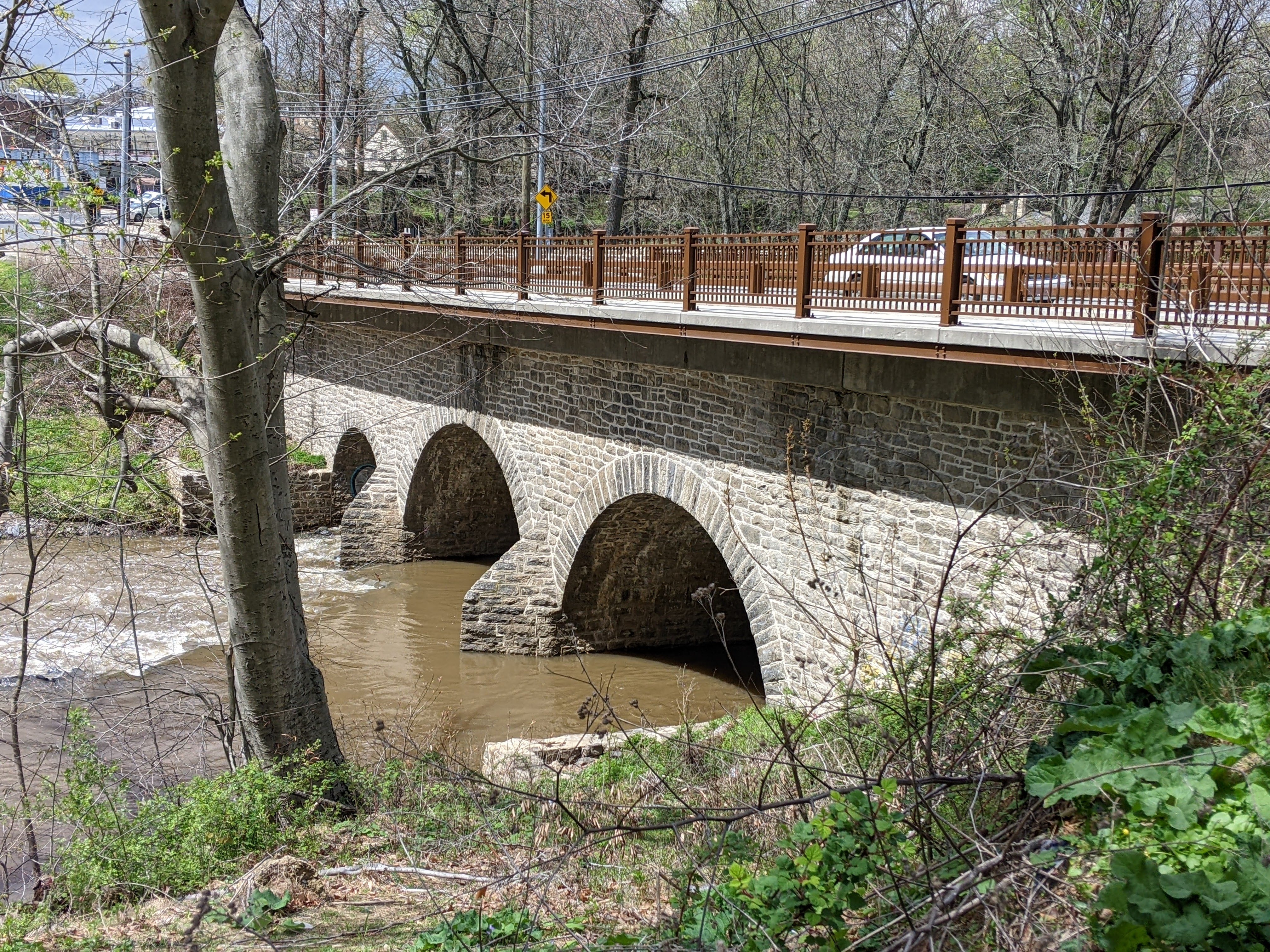 The Frankford Avenue Bridge (see Photo 1), located in Philadelphia, and constructed in 1697, is a three-span stone masonry arch bridge measuring approximately 73 feet in length. The bridge, also known as the Pennyback Creek Bridge because it spans the Pennyback Creek, carried the King’s Highway which connected Philadelphia to New York and Boston. The bridge was commissioned by William Penn and local members of the surrounding community helped to construct the bridge, either by donating money or labor. When first constructed, the bridge was only 18 feet wide, barely enough room for two teams of horses. The bridge was widened in 1893 for trolleys and again in 1950 for automobiles. Recently, the bridge was rehabilitated by TranSystems, who addressed structural deficiencies, especially to the stone masonry, parapets, and railing, while maintaining the bridge’s historic character. 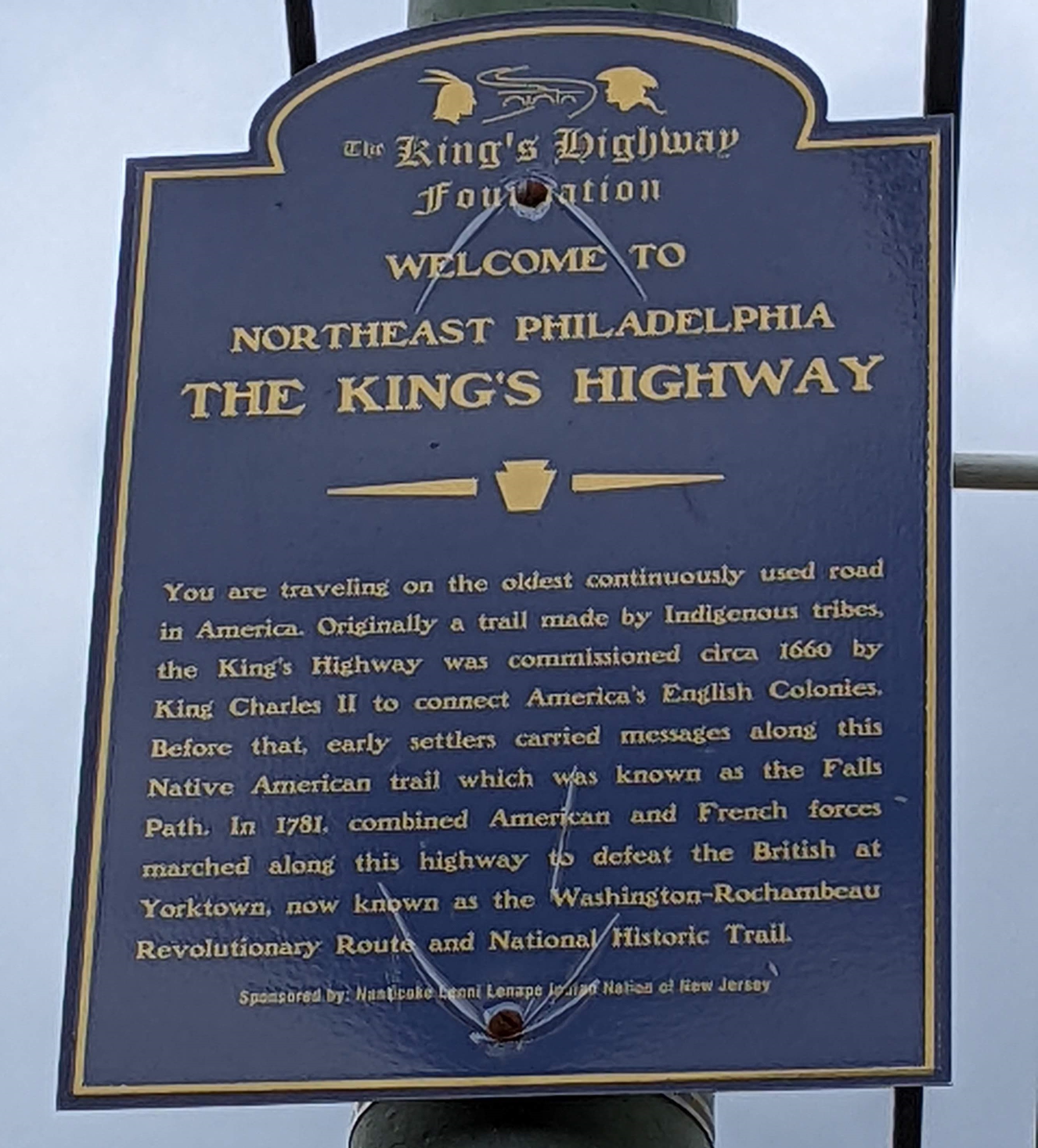 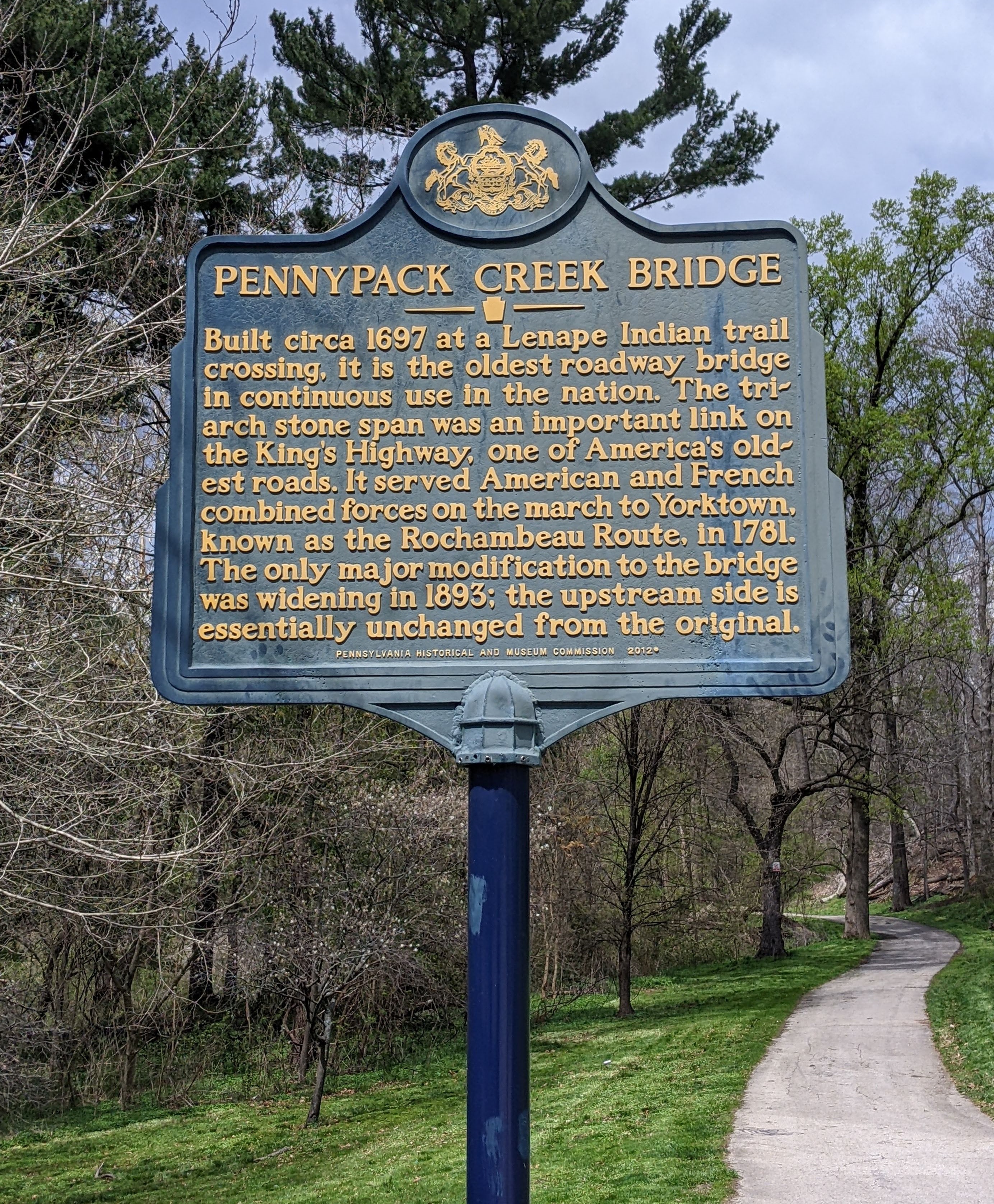 Since the King’s Highway was the major road connecting Philadelphia to the northern colonies, the bridge has seen many notable travelers, including many founding fathers who served as delegates from the first and second Continental Congress. George Washington is noted as travelling the bridge in 1789 while traveling to his first presidential inauguration in New York. The bridge became an ASCE National Historic Civil Engineering Landmark in 1970. 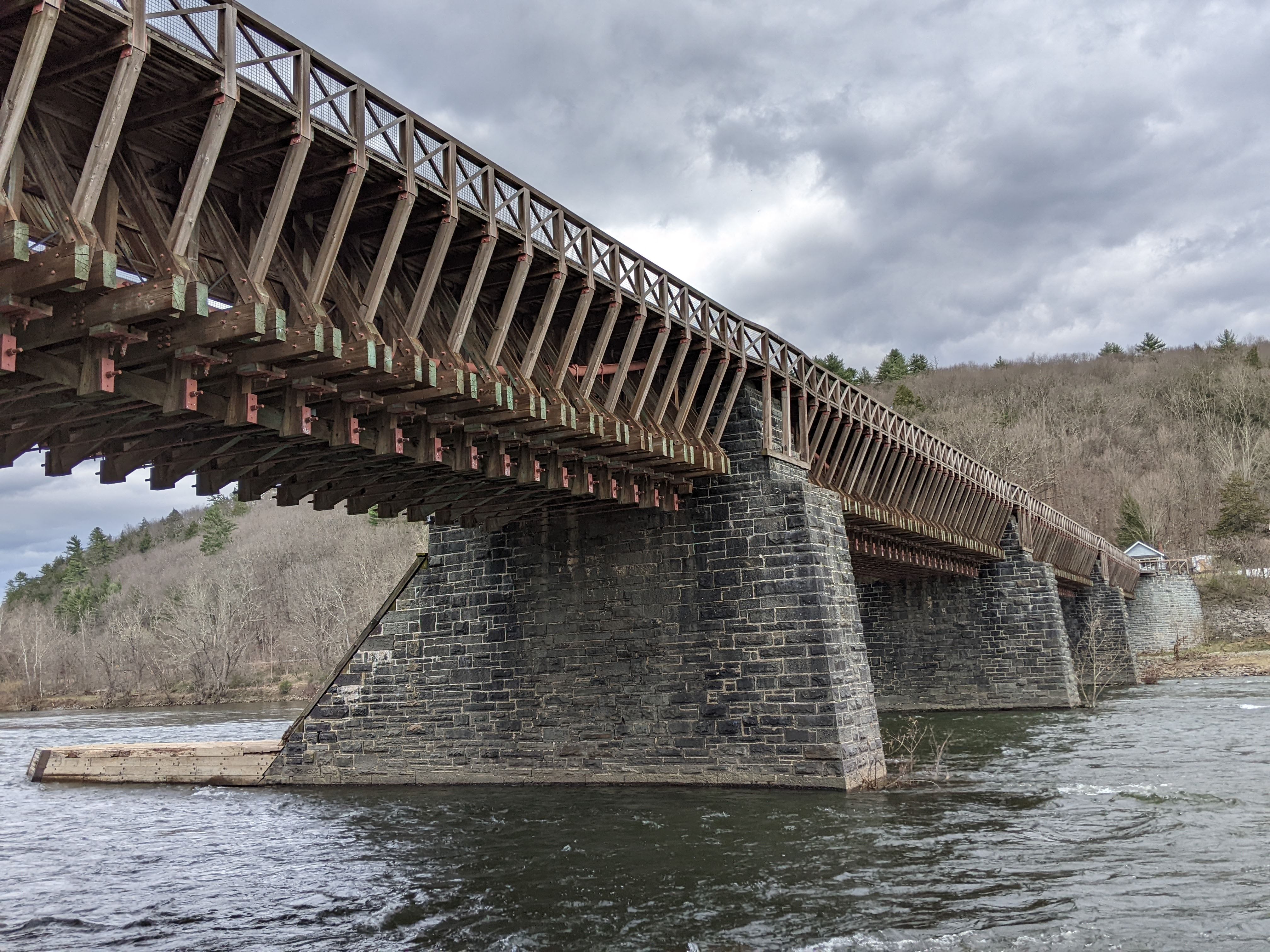 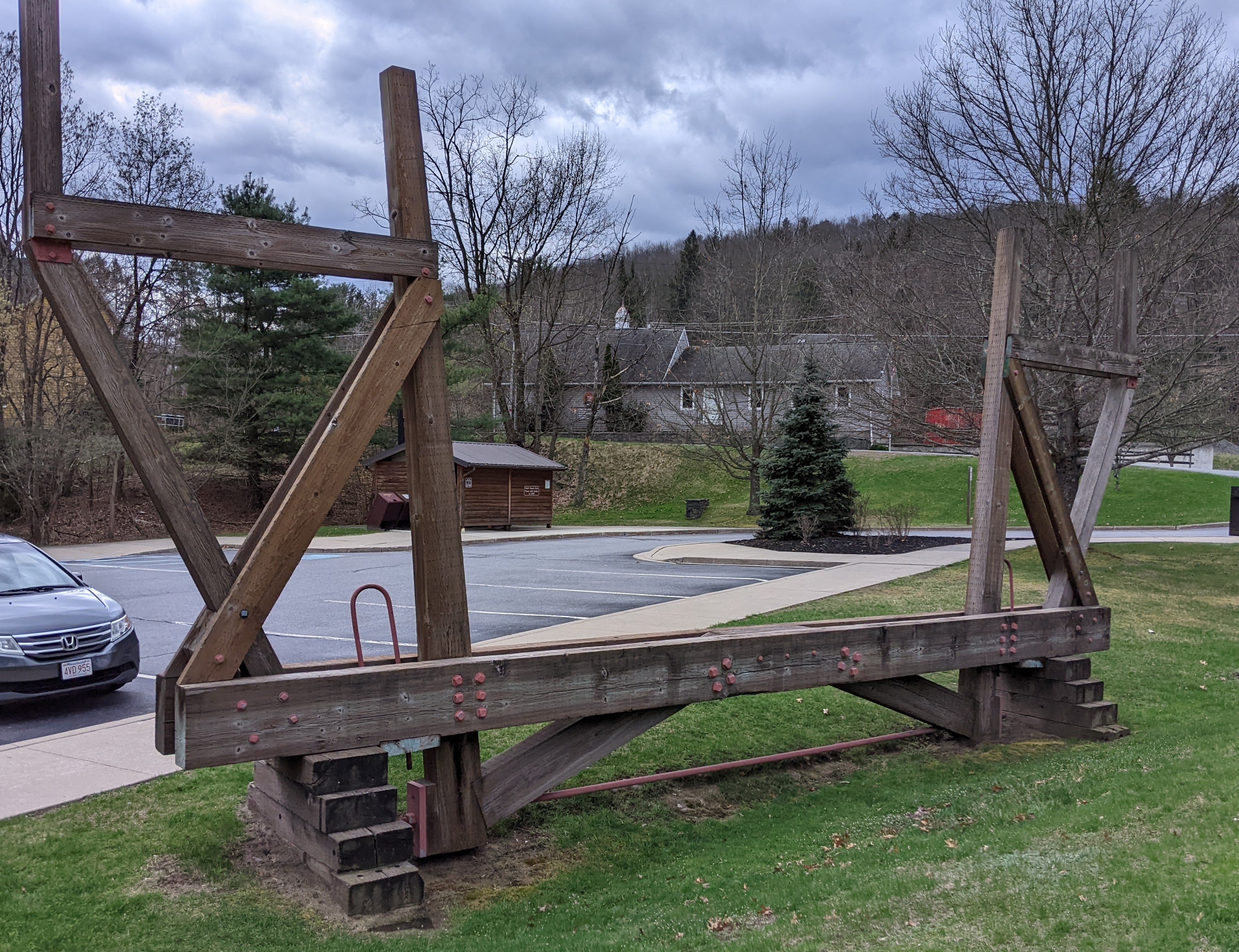 The Roebling’s Delaware Aqueduct (see Photo 4), constructed between 1847 and 1849 to traverse the Delaware River, was designed by famed bridge engineer John A. Roebling, famous for his design of the Brooklyn Bridge. The Roebling Delaware Aqueduct was one of four suspension bridges as part of the Delaware & Hudson Canal Company and is the earliest surviving work of Roebling. The canals were constructed to connect coal mines in Pennsylvania to New York City. The bridge originally carried the canal and barges until 1898, when the bridge was dewatered and turned into a highway toll bridge. 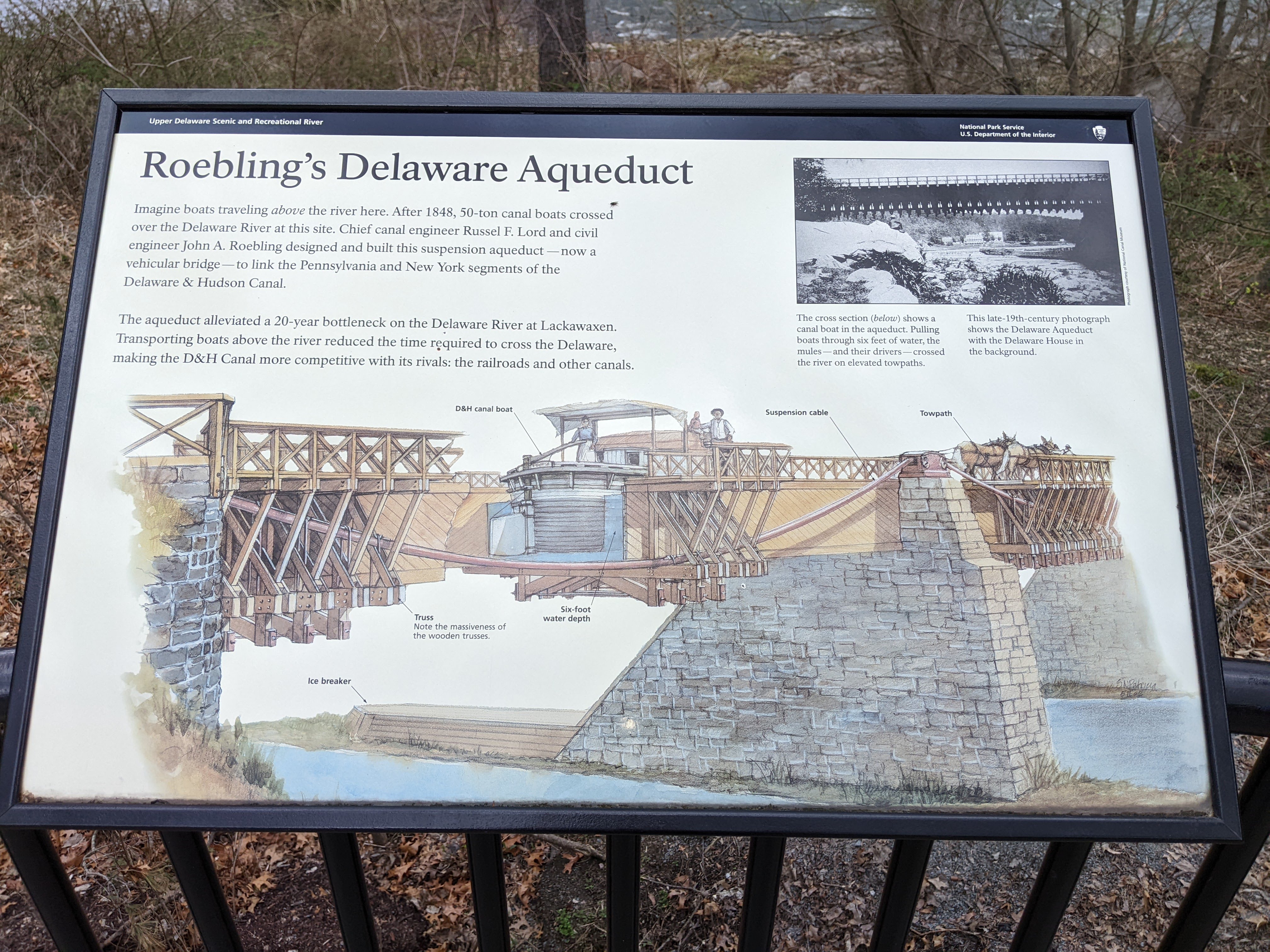 The bridge was purchased by the National Park Service in 1980 and preserved as part of the Upper Delaware Scenic and Recreational River. The bridge superstructure was rebuilt based on Roebling’s original plans in 1986 with the pier’s wooden icebreakers and walls reconstructed in 1995. Most of the original ironwork including the cables, saddles, and suspenders are the same material from the original bridge construction. The bridge was designated a National Historic Landmark in 1968 and an ASCE National Historic Landmark in 1972. 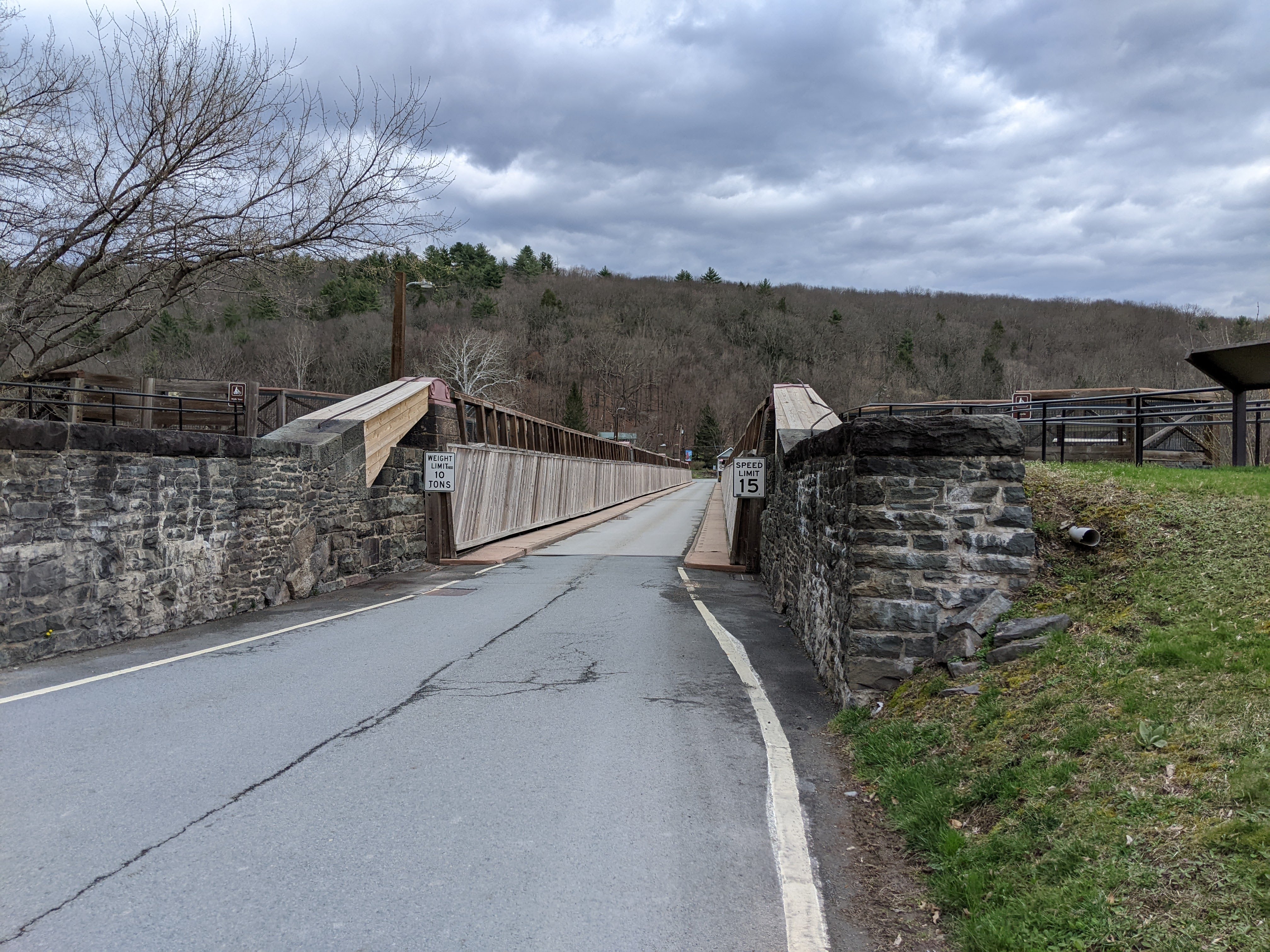