Posted 27 days ago in Featured Projects

Located on the campus of Merrimack College in North Andover, the Moseley Wrought Iron Arch Bridge, also known as the Upper Pacific Mills Bridge, is the oldest iron bridge in Massachusetts and one of the oldest iron bridges in the U.S. The riveted wrought iron bowstring bridge was designed, patented, and built by Thomas Moseley. The bridge, built in 1864, was originally located in Lawrence, connected the Pacific Mills with Canal Street, and was used to carry workers and supplies to the mills. In 1989, a few years following a partial collapse, the bridge was rescued from demolition, moved to Merrimack campus, and was rehabilitated by students under the direction of Francis Griggs, Jr., a civil engineering professor at the school. The bridge was dedicated in 1995 at its current location spanning a reflecting pond in front of the campus library. 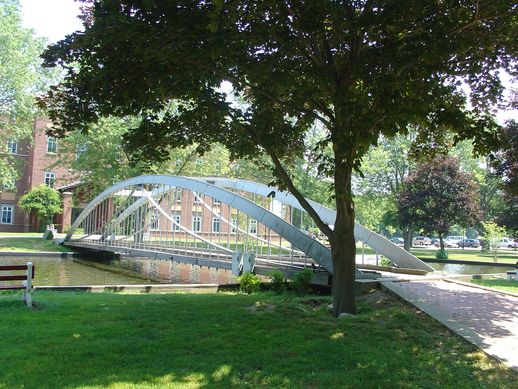 The Upper Pacific Mills were incorporated in 1853 and were the largest of the original mills in Lawrence. The mills were constructed by the Essex Company on an island between the Merrimack River and the newly created Northern Canal, made possible by the creation of the Great Stone Dam in 1845. The dam was built out of massive granite blocks and was built to raise the level of water in the Merrimack River in the area due to a 5-foot drop located at Lawrence. At the time of its opening it was the largest dam in the world. With the raised water level, mills were established that harnessed the power of the raised water. Turbines were used to power the mills and factory equipment that produced wool and cotton goods and at its height in the 1860’s the mills were one of the largest producers of wool and cotton goods in the country. 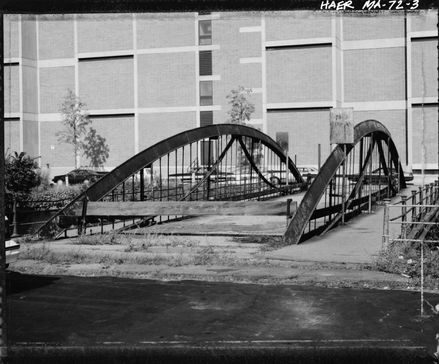 Figure 2 - Bridge Prior to Rehabilitation

According to the Historic American Engineering Record (HAER), report HAER No. MA-72, the bridge is a 96-foot, single-span, riveted wrought iron Moseley tubular arch bridge with iron suspenders and counter arches. The bridge’s upper chord is a triangular section comprised of riveted and spliced steel plates while the bottom chord is comprised of paired iron bars that are bolted together with splice plates. The upper and lower chords are connected with iron rods and straps and are secured to the floor beams with strap and plate connections. The bridge’s counter arches are comprised of paired angles which extend from the foot of the bridge to the upper arch and were used to prevent excessive deflection of the bridge under asymmetric loading. The original floor system, now since removed, consisted of triangular wrought iron floor beams and timber stringers with timber decking. The bridge is approximately 18 feet wide between arches and originally, the floor beams cantilevered beyond the arches and supported a sidewalk on either side of the bridge. 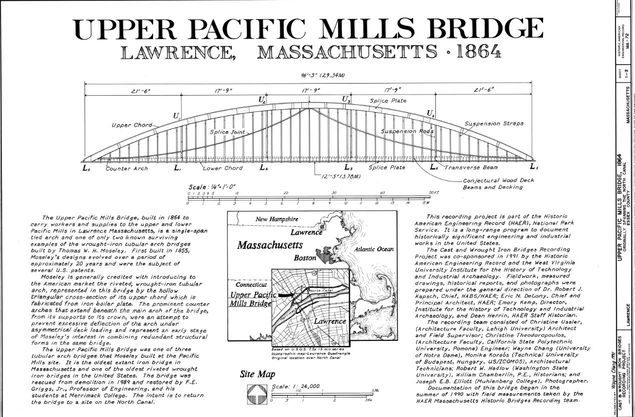 In addition to the historical nature of the bridge due to its age and construction technique, the bridge also has increased significance from its past location in Lawrence at one of the nation’s leading centers of 19th century mass production. Like many of the products being produced in the Upper Pacific Mills, Moseley’s bridges too were designed and patented to be mass produced using standardized parts. These bridges could be ordered “off the shelf” to fit many different locations and uses and would be fabricated and then shipped to the site. 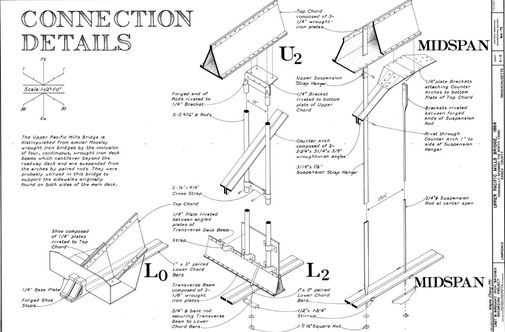 The bridge was slated to be demolished following a partial collapse of its wooden underside in 1989, which caused one of the arches to buckle. Professor Griggs spearheaded the movement to save the bridge from demolition and worked with the contractor, Grasso Construction Company, to carefully remove the bridge and bring it to Merrimack College. Over the next few years, students and volunteers carefully rehabilitated the structure and worked tirelessly to bring the bridge back to its former glory. Of the three original Moseley bridges constructed in Lawrence, the Upper Pacific Mills Bridge is the only one remaining and one of only a handful of Moseley bridges remaining in the U.S. If it wasn’t for the work of Professor Griggs and his students, the bridge wouldn’t be standing today!