Located at the intersection of East Street and Eastern Avenue in Dedham, Massachusetts, is the Fairbanks House, the oldest timber-framed structure in North America. Constructed for Jonathan Fairbanks, his wife Grace, and their six children, the home has weathered both the elements and the evolution of time to provide us a lens into the residential life of a colonist of the early Massachusetts Bay Colony. The house was passed down through eight generations of the family until the early twentieth century. It is now owned and operated as a museum by the Fairbanks Family in America, an organization which has worked to preserve, study, and interpret the ancestral home and collections for the past 100 years. 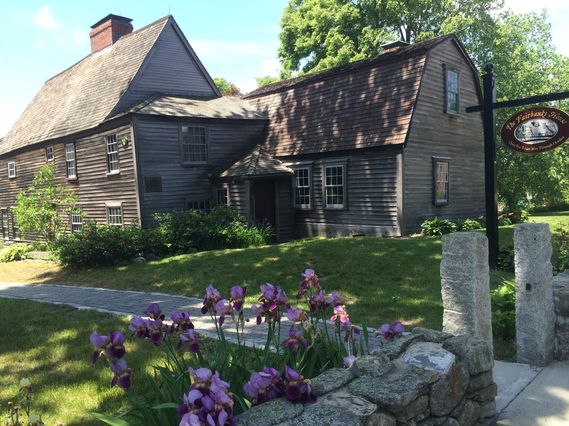 Figure 1. East Face of the Fairbanks House with Original Section on the Left

The current house has increased its footprint over the years with various additions and modifications, but the original section of the house is a gable-roofed, two-story frame structure comprised of a parlor, hall (kitchen), and two second floor chambers all built around a central chimney. The house is believed to have been constructed between 1637 and 1641. The exact date is unknown, however, dendrochronological testing performed on various structural  elements shows the house’s main support “summer” beam (from the French word sommier, meaning a beast of burden supporting a great bearing or weight) was felled in 1637, while a ceiling joist was dated back to 1641. The dendrochronological testing only reveals the date the trees were cut, which means the primary summer beam could have sat curing for a few years before construction began or construction took a few years to complete, with some of the other structural members possibly being placed with green, uncured wood.

The massive central brick chimney measures approximately 8 by 10 feet and is comprised of approximately 40,000 bricks.  This may have come from the first brick kiln in the region established in Salem, MA in 1629; or it could have been brought over from England and used as ballast in a ship. Other local building materials were used in the construction including clay from the Charles River and local fieldstones which provided foundational support beneath the sill beams. The clay was also used for a construction technique known as “wattle and daub,” which is a composite building method in which wooden strips or boards “wattle” is daubed with wet clay to help enclose and insulate the house. Oak, cedar, and pine trees were all used for the timber.  Oak was typically used for framing members, cedar and oak for clapboards and shingles, and pine for the floorboards. Oak clapboards for the house may have come from the nearby Westwood neighborhood of Clapboardtree, a few miles from the house. Nails were relatively sparse during this time period and so mortise and tenon joint construction was used throughout the original portion of the house.

The Fairbanks House is of typical construction and style to other homes found in the East Anglia region of England, from whence many Massachusetts Bay Colony settlers arrived. Early colonists were required to master many skills in order to survive in a rugged new world, including farming, husbandry, and sewing. Not all early colonists were expected to construct their own homes, and some of the more well-off families, including the Fairbanks, hired master carpenters to construct their home. All construction was done using hand tools such as chisels, saws, hammers, and adze- an important word to know for any crossword puzzle enthusiast!

One of the more unique structural details found in the home is a construction technique known as a “chamfer and stop,” where the lower portion of the exposed framing members (such as the summer beam and floor joists) were chamfered and then a small piece “stop” juts out at the ends near the support. While some believe this could have been an aesthetic detail, it’s also possible the detail was used as an early form of fire prevention, since chamfered beam corners are able to help prevent fires. Apparently, many early colonists were justifiably paranoid of fires spreading in their homes.  Some believed that fires were possibly caused by evil “spirits,” and so hex marks were utilized in homes typical of this era to help ward off those evil spirts. A hex mark is located on the mantle above the chimney and is possibly a St. Andrew Cross. Also, during a renovation of a section of wall adjacent to the chimney, an old pair of men’s shoes were found. These concealed shoes, a common practice at the time in Europe, were believed to have been intentionally placed near the chimney as the smell would deter witches from entering by the chimney. And you thought your feet stunk!

How has the Fairbanks house been able to stay so well maintained over the years? Like any timber structure, proper maintenance is required. The home has had many additions, repairs, renovations and rehabilitations over the years.  The most recent repairs occurred in the early 1970’s to replace damaged and rotted timbers. At one point, also in the 1970’s, the building was fumigated to treat an infestation of powderpost beetles, which can bore into the timbers and eat the wood. It’s believed that the many years of use of the central fireplace helped spread creosote over the internal exposed surfaces of the timbers, which acts as a preservative. Finally, one of the more fortunate aspects of the preservation of the home was the declining Fairbanks family fortune in the 1800’s, which helped prevent certain renovations and upgrades to the building and helped to preserve some of the original features.

If you’re interested in touring the home, virtual tours are available for a small fee by visiting the website www.fairbankshouse.org. Many thanks to Stuart Christie, one of the docents at the Fairbanks House, who graciously spent time answering my many questions and sharing his wealth of knowledge pertaining to the history of the earliest surviving timber frame house in North America.