Stantec recently joined the City of Portland, Maine, to celebrate the opening of the Park at Amethyst, a 1.5-acre public park along the downtown waterfront. Inspired by the 2017 concept plan prepared by Stantec, the pop-up park and outdoor waterfront retreat is a welcome addition to downtown. The new park, the 67th park in the city and the first to be added to the city-wide network in many years, maximizes the use of salvaged materials. In doing so, the city and Stantec greatly reduced the cost of construction while creating a new downtown destination. 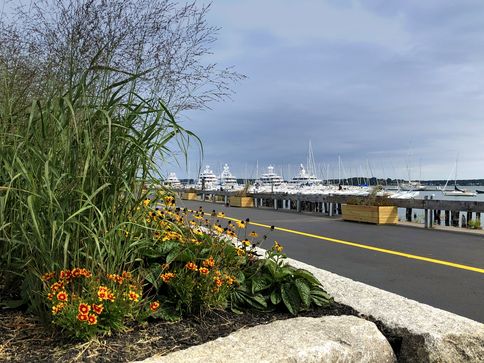 The use of salvaged materials like granite and soil allowed the city
and Stantec to greatly reduce the cost of construction while creating
a new downtown destination.

This new park preserves public recreational access to Portland’s treasured and historic waterfront by creating a peaceful and welcoming space for enhanced access to community boating, trails, seating, and gathering for events and programs. 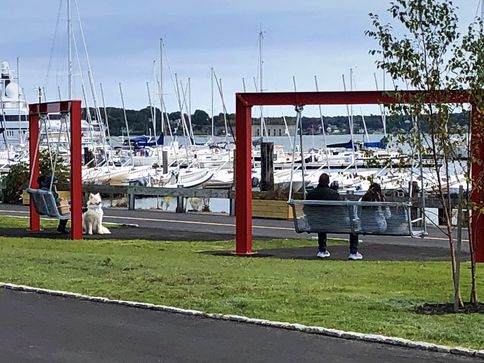 Our waterfronts hold immense potential for community enrichment and are the front-line defense for improved coastal resilience, especially in Portland where there is such a rich history and connection to the coast. The Park at Amethyst represents a nimble and creative effort to repurpose this underutilized space to the long-term benefit of the community and local environment.

As part of our role on the project, Stantec provided conceptual design, design documentation, and permitting and construction phase support. Park construction was completed by Seabreeze Property Services with full-time oversight of the construction provided by the City of Portland.

The Park at Amethyst serves as an initial phase in the city of Portland’s broader plan for the eastern waterfront, which involves developing an underused three-acre parcel into a dynamic public space. The proposed park, Portland Landing, was envisioned by the city in Stantec’s 2017 concept plan as a comprehensive, long-term strategy to reimagining this portion of the waterfront to its maximum benefit. In the meantime, the Park at Amethyst serves as an initial step to repurposing the eastern waterfront into a space for both residents and visitors to enjoy.