A Contractor's Race Against Time

Introduction
In April of 2020, JF White Contracting Company, a subsidiary of Dragados USA, decided to respond to an RFP for a Massachusetts DOT design-build contract for the I-90 Acceler-8 project (see https://www.mass.gov/info-details/acceler-8-i-90-bridge-replacements). The project consisted of the replacement of eight bridges in four locations along a four-mile section of Interstate 90. This seemingly straightforward task was made more complex by the added MassDOT requirements to maintain normal traffic flow on weekdays and interrupt toll collections as little as possible during construction. As a result of this requirement, MassDOT would only allow construction and lane closures to take place on weekends between Friday at 9:00 PM and Monday at 5:00 AM.

JF White was faced with a threefold race against time for this competitive contract. First, they had just a few short weeks to develop and submit a proposal that included a detailed plan for construction staging, maintenance of traffic, and the total project costs. Second, after submission of the bid they had only two weeks to prepare for their technical interview. Third, at the interview itself, they had only one hour to present their technical proposal to MassDOT’s evaluators and to receive their final technical score for this multimillion-dollar design-build pursuit. The project was then awarded based on the best value-per-dollar grade calculated as the technical score divided by the proposal cost.

The RFP included a staging plan developed by MassDOT and their own consultant, but JF White had developed an alternative plan that they believed would meet the objectives more quickly and with fewer disruptions. Their challenge was to be able to communicate this plan effectively within a few minutes at their interview. According to JF White’s Area Manager Rob Collari, “MassDOT and their own engineering consultant understood their own scheme, but we needed a visual way to highlight the benefits of JF White’s plan over the original MassDOT plan".

A Solution in the Nick of Time
Jack Pecora and Rob Collari of JF White turned to RDV Systems, a provider of cloud-based 3D visualization technologies and services. They had previously engaged RDV on the North Washington Street Bridge Replacement project to provide visualizations used for public involvement, and they had confidence that RDV could deliver quality products within the deadlines.

RDV embarked on two parallel visualization efforts. The first was a “4D” video showing the construction process for one bridge over a single weekend. The second was the development of a 3D project model of the entire site showing the order of operations and traffic diversions over eight consecutive weekends. Within a few weeks, RDV developed both the 4D video and a complete interactive 3D project model of the entire project. Images from the model and the 4D video were included in JF White’s proposal.

The “4D” video, shown in Figure 1, is an animation tied to a time clock running from Friday evening to Monday morning. As the clock progressed, the video shows animated steps such as removal of the existing superstructure, replacement of bridge seats, placement of pre-cast girders, concrete pours, replacement of approach slabs, and re-striping to prepare for resumption of traffic. This video precisely shows how JF White planned maximum efficiency in each weekend while allowing weekday traffic flow to resume on schedule.  This video can be seen at https://www.youtube.com/watch?v=oKwKSDOATaE. 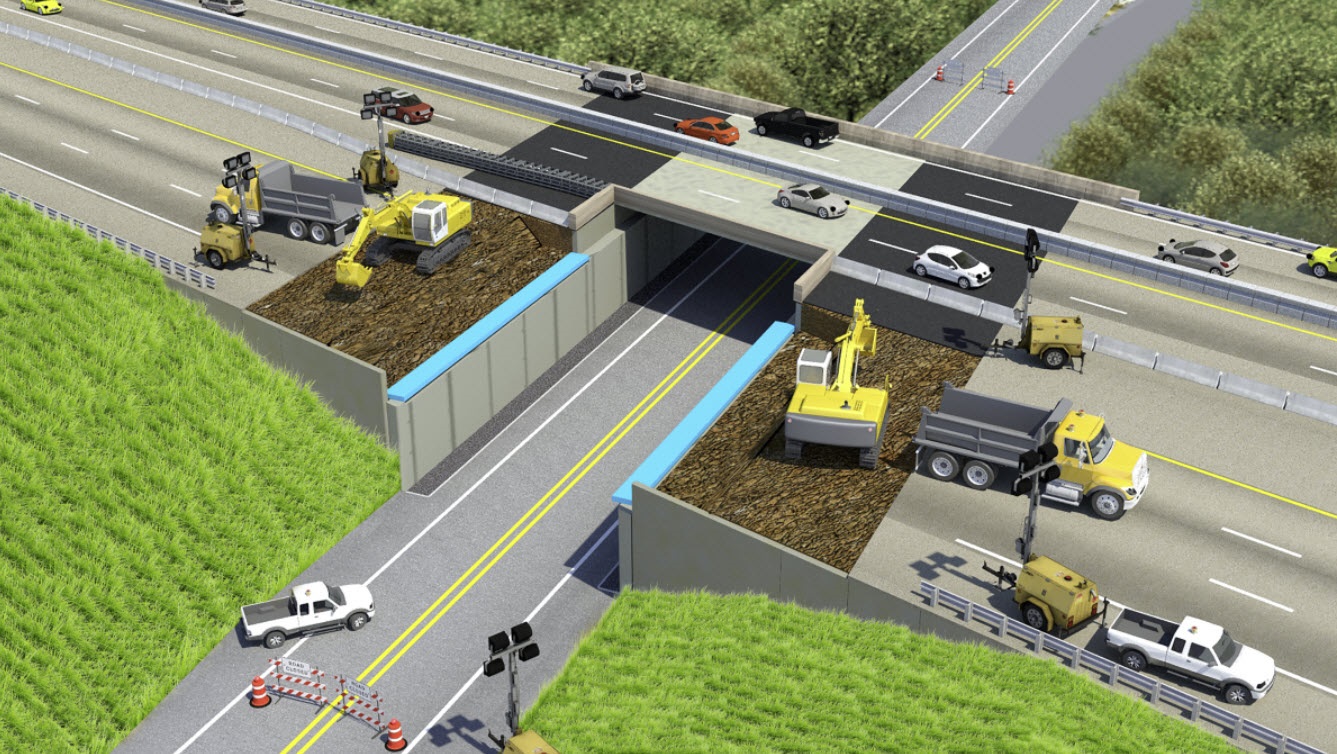 The 3D virtual model was then used to create a “storyboard” video, shown in Figure 2, that showed the various stages of JF White’s plan over the course of the entire project (see https://youtu.be/IeY4qksHHBQ).  The model included multiple view states showing traffic flow and construction stages for each of the eight weekends. The storyboard video steps through each weekend in sequence, showing how and where traffic diversions would occur, and which bridges would be worked on. This video was able to show the entire scope of JF White’s plan while clearly conveying how they would implement construction and maintain traffic given the complicated variables. 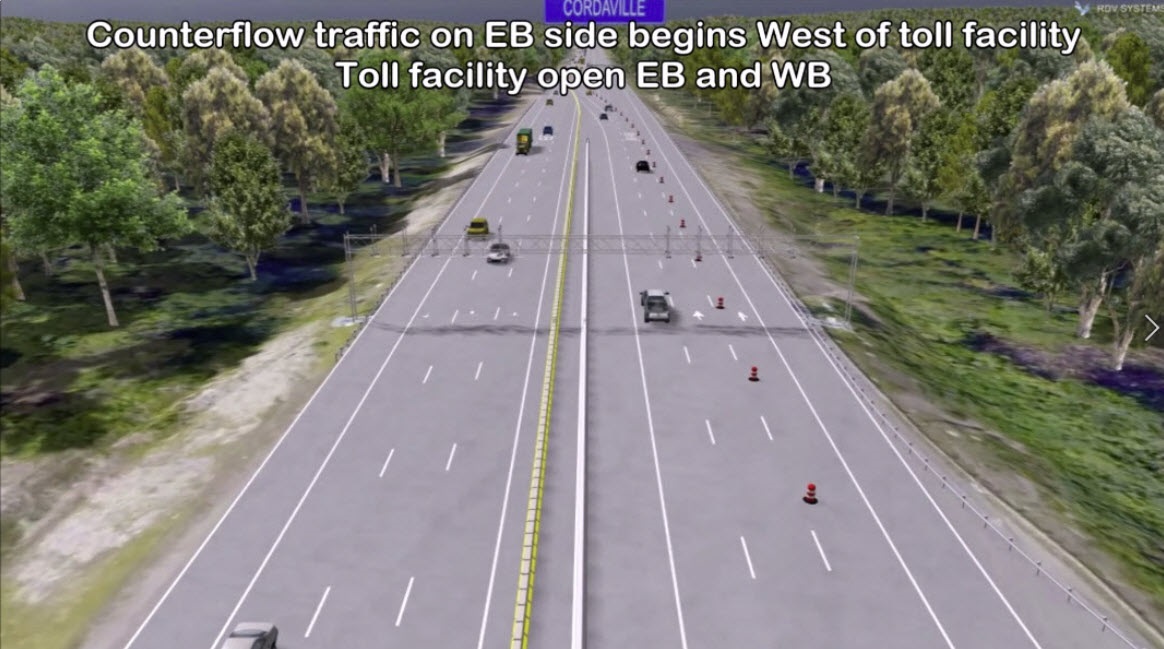 Figure 2- Storyboard video of construction staging and maintenance of traffic.

The Win
The visualization materials were key in communicating JF White’s complex solution and were ultimately a deciding factor in their proposal receiving the highest technical score. RDV was able to deliver high quality and compelling visualization within the tight deadline required. Shortly after their successful proposal meeting, JF White was announced as the winner of the project bid, with a proposal cost of 49 million dollars, and the I-90 Accerer-8 project was completed over the Summer of 2021.

To see a virtual tour of the I-90 Acceler-8 construction staging, go to http://vtour.123bim.com/AAKU.