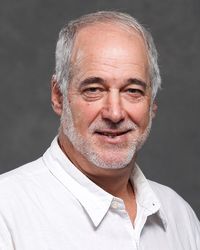 In February 2021, BSCESNews interviewed Richard Vogel, Professor Emeritus and Research Professor in the Tufts University Department of Civil and Environmental Engineering.  When Professor Vogel arrived at Tufts in 1984, the only course dealing with water was a course in fluid mechanics. Over more than three decades, he helped develop numerous new courses and programs in the area of water resource engineering at the BS, MS and PhD level. He also helped to create and direct the Tufts interdisciplinary certificate program in Water: Systems, Science and Society, which involves graduate students from every school at Tufts except the Dental School.  Since 2016, he gave up his salary in order to pursue “hydrology as a hobby.”  In this new phase of his career, he pursues his passion for applied research with the goal of developing hydrologic methods which end up in technical handbooks, particularly related to statistical hydrology.  He has written chapters in ASCE handbooks as well as both the McGraw Hill 1993 and 2017 Handbooks of Hydrology.   Interestingly, much of his research was stimulated by some of the first engineering issues he dealt with at the beginning of his career.

In the late 1970s, after receiving his BS and MS from the University of Virginia, Professor Vogel was a young hydrologist for Dufresne-Henry Inc. in Vermont, where he was exposed to wide variety of hydrology projects.  One project had the firm reviewing safe-yield estimates for the city of Newburg, NY.  On its surface the safe yield is an easy concept to understand; how much water can safely be regularly removed from the reservoir system to ensure adequate water supply over the future planning horizon, even during critical drought periods.  Yet two previous consulting reports claimed remarkably different estimates of safe yield, 2.5 mgd versus 5.0 mgd.  This predicament led him to question why reservoir yield estimates could possibly be so variable, from one study to another, thus he left consulting to do his PhD research, under Jery Stedinger at Cornell University which led to a dissertation titled “The Variability of Reservoir Storage Estimates.”

A good example of what can happen without a foundation in probability is documented in his recent paper titled “The Geometric Mean?”  It is one of three Pythagorean means that have been used in a variety of applications since the time of the ancient Greeks.  Work done by Euler in the 1820’s introduced the geometric mean estimator which is now in common use  in many fields including hydrology and geophysics, among many others.  Euler apparently never had a background in probability, so he introduced the statistic called the geometric mean, without introducing its theoretical probabilistic definition.  It took almost 200 years, until 2013, until a theoretical definition of the geometric mean was introduced by a statistician, enabling Professor Vogel to write a paper summarizing the properties of the geometric mean for nearly all possible practical situations encountered.  His paper documents clearly that for nearly every application of the geometric mean in hydrology and geophysics, one is much better off replacing the geometric mean with the median, a much easier and simpler statistic to compute and understand, and  which is theoretically equivalent for most practical situations as shown in his paper.

Over the last twenty-five years, more and more time in his field has been devoted to climate change, and once again the analysis of data is critical.  “With climate change it is important to identify what can be relatively small impacts against much more significant background variability,” he points out.    Much of his research deals with methods to better document the impact of climate change on water resource systems. He is currently involved (as an advisor) in a study funded by the state of Massachusetts, jointly with Tufts, USGS and Cornell, which is developing a new and improved methodology for performing risk-based planning in the context of climate change.

In 2020, Professor Vogel was elected a Distinguished Member of the American Society of Civil Engineers (ASCE) for a lifetime of fundamental contributions to stochastic hydrology and its novel applications.   Although he no longer takes on students, nor teaches courses, nor develops programs nor applies for research funding, he feels his current scholarship is the best and most useful of his entire career.  He works mostly with many of his former students who are now professors, all over the world.  His advice for young engineers is to follow their passion and to take a course in probability.