Every Day Counts (EDC) is a Federal Highway Administration (FHWA) program that aims to save time, money, and resources by deploying proven yet underutilized innovations. The FHWA partners with State transportation departments to support accelerated deployment at a local level. Advanced Geotechnical Methods in Exploration – The A-GaME – is a highlighted innovation of EDC. The A-GaME developed from a recognized need to improve subsurface characterization practice on highway construction projects by promoting the use of effective yet underutilized technologies.

Many highway projects are being constructed based on geotechnical exploration programs that are developed using prescribed minimum requirements, with explorations commonly performed using borings with split spoon samples and standard penetration tests (SPTs). An unfortunate consequence of prescriptive minimum requirements performed using limited means and methods is that the minimum requirements essentially become the expectation without much further consideration of the potential benefits of better site characterization and what doing more than the minimum can provide for improved project outcomes.

Massachusetts Department of Transportation (MassDOT) has embraced the A-GaME technologies, incorporating them into more projects in recent years. Two case studies are presented below that demonstrate MassDOT’s use of the A-GaME.

A-GaME Benefits
Ground conditions influencing design and construction can vary widely across a project site. Making decisions with incomplete or limited information can result in inconsistencies with actual site conditions that differ from those documented in the geotechnical reports and contract documents, leading to constructability issues, cost escalations, and associated delays. The relationship in Figure 1 and the effects of differing site conditions were documented in the 2016 NCHRP Synthesis Report 484: The Influence of Geotechnical Investigation and Subsurface Conditions on Claims, Change-Orders and Overruns. Figure 1 illustrates the clear reduction in project cost escalation with greater investment in subsurface investigation.

The A-GaME aims to deploy a suite of geotechnical tools that have been fully developed and vetted yet are underutilized into routine practice within the transportation industry. These tools either improve the quality of geotechnical information gathered during a site investigation for more accurate and efficient analysis, or improve the quantity of information gathered for better site coverage and reduced uncertainty. Some of the tools provide both these benefits. The goal of the A-GaME is to establish a new standard of practice that will optimize the geotechnical investigation to improve project outcomes. The methods promoted with the A-GaME include, but are not limited to, the following technologies:

Cone Penetration Test
Cone penetration testing is a means of gathering near-continuous geotechnical data very efficiently by hydraulically pushing a steel cone into the ground and measuring tip resistance, sleeve friction, and pore water pressure. CPT soundings can often be performed at rates three to ten times faster than conventional drilling and sampling techniques. CPT, in general, is also much safer than traditional drilling since operators do not have to handle heavy sections of auger or steel, nor are they exposed to rotating equipment. Robertson (2010) provides general information on classifying soils with CPT.

Small strata changes are easily discernable with CPTu data. Since data are acquired electronically, results are available almost immediately for use. CPT results are very repeatable and fundamentally more relatable to engineering principles, and thus estimated soil properties and behavior are more consistently reliable than those estimated from SPT.

Electrical Resistivity techniques can identify stratigraphic boundaries and anomalies within subsurface profiles over large areas. These techniques are particularly useful for distinguishing materials having dissimilar conductivity, making it useful in identifying clay, voids and water-bearing layers within more granular soils or bedrock.

Measurement While Drilling
Measurement-While-Drilling (MWD) provides a continuous and quantitative drilling record during the drilling process. MWD systems are widely used in the construction industry for quality control during the installation of drilled piles and for ground improvement but have more recently been used to distinguish material changes during exploratory drilling. Measured parameters include effective down-thrust on the drill-bit (crowd), rotational speed, drilling fluid-pressure, torque, penetration depth, all with respect to time. Relationships between multiple measured drilling parameters, or compound parameters, are useful in identifying strata changes, material variations and anomalies, particularly within soil and rock too hard for CPT. Compound parameters from MWD can be correlated to strength parameters for foundation design, though studies to improve these practices are ongoing. MWD was recently standardized for geotechnical practice in Europe under ISO 22476-15.

Optical and Acoustic Televiewers
Televiewers provide high-resolution, spatially oriented and GIS referenced core-hole images that have replaced difficult oriented coring in rock, and offer a superior means to visualize and identify discontinuities from complete radial camera and/or ultrasonic imaging of the sidewalls. Televiewers are especially useful when the condition and orientation of rock discontinuities are critical to design, construction and performance, and when quality core samples are difficult to obtain. Optical televiewers can be used in dry or clear fluid-filled boreholes. Acoustic televiewers use time/travel data for ultrasonic pulses to provide a high-resolution 3-D caliper log, and provide high quality data in cloudy fluids where optical televiewers do not work well. Televiewer image data can be digitally translated to create stereonets and other visualizations for use with analytical and statistical tools.

CPTs in Taunton
Route 44 is the gateway to the City of Taunton from Route 24 and points east. The roadway is the only major east-west arterial between the Mass Pike to the north and Interstate 195 to the south. An approximate three-quarter mile section of Route 44 in Taunton will undergo reconstruction to improve congestion and substandard geometry, upgrade signalized intersections, and mitigate a subsurface slippage issue. There is visible asphalt distress on the roadway consisting of cracking and settlement, and geotechnical modeling indicates that a portion of Route 44 is ‘sliding’ towards the Taunton River. The soil conditions along the roadway consist of man-made fill over more than 20 feet of soft clay overlying coarse-grained deposits and weathered bedrock. The typical soil profile for the project is shown in Figure 2. An approximately 1000-foot-long retaining wall is proposed to address the roadway slippage concern. In lieu of additional borings to better define the clay layer, MassDOT proposed CPTs along the proposed wall alignment. Two of the five CPT soundings encountered shallow refusal, but the remaining probes provided valuable data for design of the wall. The CPTs provided continuous data that are being used to refine this challenging wall location’s foundation design options and provide insights into constructability concerns that may have otherwise been overlooked in design, given the complex site constraints. 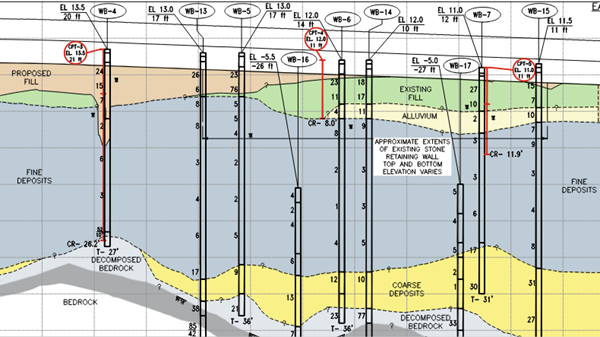 Figure 2- A portion of the soil profile for the Route 44 project in Taunton.

Geophysics in the Merrimack Valley
Route 3A (Gorham Street) over I-495 in Chelmsford, originally constructed in 1962, consists of five (5) simple spans and is an important commercial and recreational roadway in the Merrimack Valley. An I-495 corridor planning study prepared for MassDOT in 2008 concluded that economic growth predicted for the Merrimack Valley region will substantially increase vehicular traffic along the interstate by 2030. The report recommends using the existing median to add a lane along both directions of I-495 between exits 89 and 91 to alleviate expected traffic congestion. Based upon this study, MassDOT determined that a bridge replacement option will provide a new two-span structure that will be able to accommodate construction of additional traffic lanes along the median of I-495. The soil conditions along the bridge alignment consist mostly of dense sand and gravel outwash deposits overlying schist and granite gneiss bedrock. Due to recent and historical borings showing a highly variable top of bedrock profile, MassDOT proposed the performance of a geophysical survey to aid in delineating the top of bedrock and the selection of bridge foundation options. The survey included a combination of GPR and seismic refraction techniques. The top of bedrock elevations estimated were generally consistent with the top of bedrock elevations observed in the recent and historic borings, and the survey aided in determining which historical borings encountered refusal on cobbles or boulders versus bedrock. This distinction allowed for better confidence in top of rock elevations for design of the new bridge. A subsurface profile and schematic of the existing bridge is shown in Figure 3. 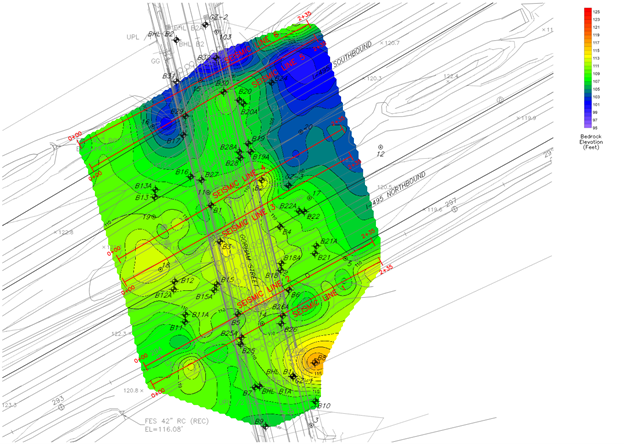 Figure 3- Bedrock elevation map for the vicinity of the Gorham Street Bridge
over I-495 in Chelmsford.