Happy 2016!  Entering a new year is a unique time that provokes us to reflect on what we have accomplished in the past and to reassess our goals and strategies for the future.  2015 was a very successful year for BSCES.  I am happy to announce that for the fourth time in five years, BSCES has been awarded the ASCE Outstanding Section and Branch Award for Very Large Sections and Branches.  This national recognition should not be understated, nor should the fact that the Boston Society has repeatedly been recognized.  I am also happy to announce that BSCES was awarded the 2015 History and Heritage Citation.  Special thanks to Bruce Jacobs of HydroAnalysis, Inc., for spearheading the effort for both applications.

Another accomplishment that is close to completion is the new BSCES website.  Several BSCES volunteers and TECET staff have been instrumental in its development and launch, which is expected in mid-January.  The new website has been completely redesigned and streamlined so information is quickly accessible and searchable.  This mobile-friendly website will serve as the primary source for information about BSCES events, volunteer groups and numerous undertakings.  Enhancing BSCES’ ability to serve as a clearinghouse of information on issues, trends and conditions impacting the civil engineering profession, the website will also feature news postings and announcements, access to current and past issues of BSCESNews, and the recently revamped online Civil Engineering Practice journal.  I encourage you to explore the site and if you have any comments, please contact William Ognibene.

2016 also marks a year of giant infrastructure projects.  China is currently building the world’s longest bridge and underwater tunnel.  Saudi Arabia is constructing the world’s tallest building.  This year, Panama will unveil its expanded canal, which will double its capacity and allow larger ships including the new Panamax Standard.  Also, after 20 years of digging, the Gotthard Base Railway Tunnel in Switzerland will be opened.  It will be the world’s longest and deepest traffic tunnel.

Not all of the mega-projects are international.  The Stratolaunch, the world’s biggest aircraft, is due for its maiden flight in 2016.  The project, begun by Microsoft co-founder Paul Allen, is a mobile launch system.  The Stratolaunch is designed to carry a three-stage rocket (equipped with a satellite) between its two fuselages.  Upon reaching the correct altitude, the rocket will detach, blast off into space, and later release the satellite.  Eventually it can be used to carry astronauts into orbit, all at a cost less than a blast-off from Earth.  Also in 2016, Elon Musk’s Gigafactory, the world’s largest battery plant, is expected to produce its first batteries.  It is needed to produce cells for Tesla vehicles but it is also producing batteries that allow households to store excess energy from solar panels which could revolutionize the utility sector.

These ambitious projects are coming to fruition.  Within the transportation sector, we successfully advocated for a long-term federal transportation bill that will help fund projects around the country.  The Fixing America’s Surface Transportation (FAST) Act is the first long-term transportation bill passed by Congress in ten years.  It allocates $305 billion over five years for surface transportation reauthorization.  It will reauthorize the federal highway and public transportation programs for Fiscal Year 2016 through FY 2020 and stabilize the Highway Trust Fund during that period.  As a result of this, Massachusetts will receive increased funding for highways, transit, planning, and safety programs.  The Commonwealth’s highway account apportionment will increase from $586 million in FY 2015 to $673 million in FY 2020.  Similarly, the Commonwealth’s transit apportionment will increase from $339 million to $384 million in the same period.

MassDOT is nearing completion of their five-year Capital Investment Plan (CIP) for Fiscal Years 2017-2021.  The CIP prioritizes investments and projects for our entire transportation system.  To learn more about this, please read the article by Matt Shuman, Town Engineer, Town of Watertown, entitled MassDOT Completes “Capital Conversations” Community Meetings, which can be found on page 9 of this newsletter.

I would also like to urge you to attend some of our upcoming events.  These include lectures about the Waterfront Facilities Inspections & Assessment Manual on February 9 and the Kingdom Tower in Saudi Arabia on February 10.  There are also two upcoming outreach student contests.  The Future City and Model Bridge competitions will be held on January 16 and February 6, respectively at MassDOT headquarters at 10 Park Plaza.

In closing, I would like to thank all of our corporate sponsors, particularly this month’s featured sponsor, Jacobs Engineering.  We are grateful to Jacob’s long-time support of BSCES and encourage you to read their feature article entitled Are Public-Private Partnerships a Solution for Transportation? on page 1 of the newsletter.  This is consistent with the overall theme of this month’s newsletter, Project Delivery, and featured group, the Engineering Management Group.  I urge you learn more about BSCES’ Engineering Management Group, which is chaired by Kevin Garvey of CDM Smith.  You can read his article about this group on page 7 of the January issue of BSCESNews, or contact him if you wish to become involved in their undertakings. 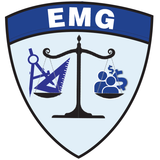 The mission of the Engineering Management Group is to focus on the understanding, development and enhancement of the different aspects of leadership in the field of engineering including planning, resource... Read More

This COPRI-sponsored presentation will provide an overview of the latest ASCE Manual of Practice (MOP 130) that details the methods and techniques for the inspection and assessment of waterfront facilities. Read More

Megatall buildings are currently defined by the Council on Tall Buildings and Urban Habitat as those reaching the height of 600m or higher. While many such towers have been proposed over the years,... Read More

This month's issue features articles structured around the theme of "Project Delivery." In addition to the featured articles, firm and classified advertisements, and details about upcoming BSCES and... Read More