The BSCES board decided to extend the deadline for receipt of section award nominations until June 16. Please consider submitting a nomination. In particular, we have yet to receive nominations for the Lester Gaynor, Ralphe Horne, and Technical Group Awards (see descriptions below).  We have also not received a nomination for the Small Employer Award.

As a BSCES member you have the opportunity of honoring your fellow engineers for a job well done.  Please take the time to submit a nomination for any of the following awards. The below descriptions are paraphrases; the complete descriptions for each award are contained in the nomination forms (2016 Section Award Nomination Form; 2016 Employer Recognition Award Nomination Form). Call Bruce Jacobs at 617-308-7074 if you would like to discuss a nomination or have any questions. The deadline for nominations is June 16, 2016. 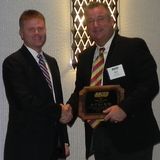 This award is to be presented annually to a BSCES member (or registered professional engineer) who has been outstanding either in unpaid public service in municipal, state or federal-elected or appointed... Read More

As a means of fostering participation in Society activities, the Boston Society of Civil Engineers Section has established an award to recognize those employers who encourage their engineers to actively... Read More 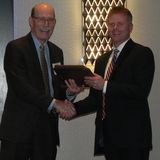 The Citizen Engineer Award is presented to a BSCES member or registered professional engineer for outstanding public involvement in local or national legislation, education (at any level), non-profit... Read More

The Awards Committee was established to recognize BSCES members, as well as other practicing civil engineers, for their contributions to ASCE, BSCES and the civil engineering profession. Read More

An evening celebrating BSCES and the engineering profession Read More